YOKOHAMA, Japan – Nissan/NISMO today announced their global motorsports plans for 2018, which include Nissan's debut in the all-electric ABB FIA Formula E Championship, as well as updated lineups for the Japanese Super GT Championship.
Formula E
Nissan will be the first Japanese automaker to debut in the Formula E Championship at the start of season five in late 2018. Nissan will reveal its Formula E livery at this year's Geneva Motor Show in March. Further information on the driver lineup and team details will be available later this year.
Starting from season five, teams will compete with a new chassis/battery combination and new powertrains to eliminate the mid-race car swap that was previously a part of Formula E races.
The entry by Nissan, a global leader in electric vehicle technology, is perfectly timed to coincide with new technical regulations for the championship. It's also a high-performance expression of Nissan Intelligent Mobility, the company's vision for changing how cars are powered, driven and integrated into society. Nissan makes the world's best-selling electric vehicle, the Nissan LEAF, and introduced a new version of the zero-emission car in October 2017.

SUPER GT GT500 Class
Nissan enters four Nissan GT-R NISMO GT500s, aiming to recapture the championships it won in 2014 and 2015. Nissan won five out of eight races in 2016 and missed the 2017 title by a mere 2 points.
Tsugio Matsuda and Ronnie Quintarelli, the 2014 and 2015 champions, will again drive NISMO's No. 23 MOTUL AUTECH GT-R, marking their fifth straight season as a driving combination. Matsuda is the most successful GT500 driver in the history of the championship, with 19 wins. Quintarelli holds the series record for most championship wins, with four titles.
Making its GT500 class debut, NDDP Racing with B-MAX will pair veteran Satoshi Motoyama with young star Katsumasa Chiyo.
Team IMPUL will feature Daiki Sasaki alongside GT Academy graduate Jann Mardenborough, while 2017 Japanese Formula 3 champion Mitsunori Takaboshi steps up from the GT300 class with Kondo Racing with Joao Paulo de Oliveira.
The 2018-spec Nissan GT-R NISMO GT500's updates include:

Details on Nissan's participation in the Blancpain GT Series Endurance Cup in Europe are expected to be revealed in the near future.
In prototype racing, Nissan, as an engine supplier, will be represented in the IMSA WeatherTech SportsCar Championship with Extreme Speed Motorsports (with the GT-R GT3-based VR38 engine) and the FIA World Endurance Championship with ByKOLLES Racing (3.0-liter turbo V6 - VRX30A evo.).
Additionally, teams competing in the LMP3 category around the world will continue to use the Nissan VK50 race engine.

Other racing programs
In Canada, the Nissan Micra Cup Championship will continue for its fourth season. The Australian Supercars squad will feature Andre Heimgartner, replacing the retired Todd Kelly. Heimgartner joins Rick Kelly, Michael Caruso and Simona De Silvestro at the wheel of their Nissan Altimas.
"Everyone at Nissan and NISMO is very excited about the year ahead," said Michael Carcamo, Nissan's global motorsports director. "Formula E is a great new opportunity for Nissan, and we're looking forward to combining the brand's experience as a market leader for EV technology for the road – and taking that knowledge to the race track.
"We've got a hungry new lineup in Super GT, eager to chase down another championship for Nissan, and an eagerly awaited updated version of the GT-R NISMO GT3 that will race this year.
"On the engine front, in prototype racing, we're the only brand in the world that will power contenders in all the major championships around the world - FIA World Endurance Championship, IMSA, European Le Mans Series and Asian Le Mans Series."

Any inside word on what (if anything) is planned for PWC?  I know last year Always Evolving got a late start and had some recurring issues with their GT-R.  Was hoping they'd be able to bounce back with this new evolution of the GT3 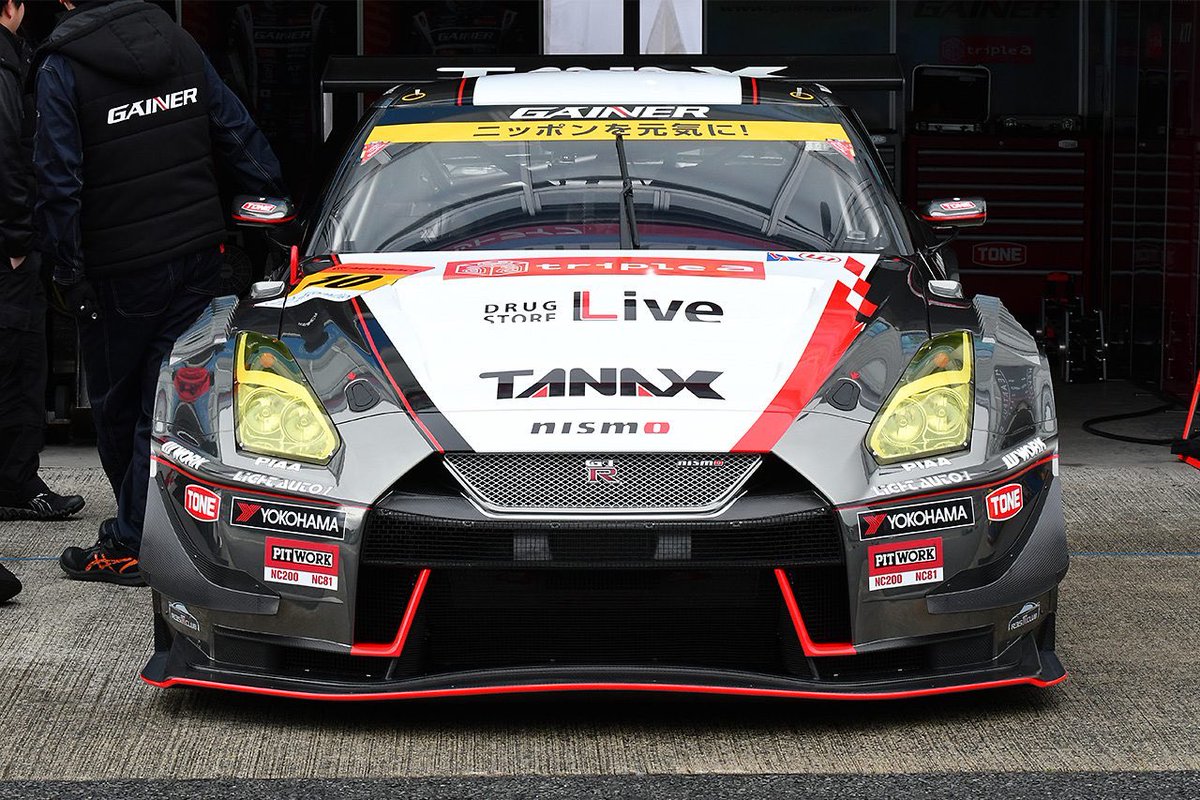 Thx for the info MC! Much obliged.